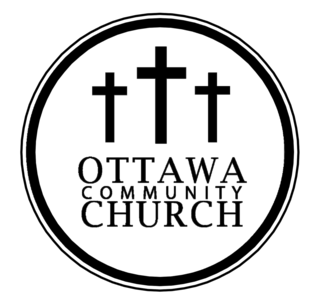 Born and raised in the Ottawa area, Evan and Chelsea went to Washburn University and Chelsea now works as a Physical Therapist Assistant, locally for Rock Creek of Ottawa.  Evan works as an order management engineer for Kalmar, also here in Ottawa.  They were married in May of 2015.  Evan and Chelsea both serve in as Youth Leaders at our church.  Chelsea loves cooking, decorating, and reading; and Evan loves to play ping-pong and read comic books.

Sam & Karen met at Bible college in New York and married in 1980. Over the years, God blessed them with ten children and four grandchildren. After graduating college, Sam has been on church staffs as well as pastoring two churches. Karen has served in various areas of ministry as well. They have been in ministry nearly thirty five years. They moved to Williamsburg, KS in 2007 to help operate Buffalo Ridge, a Hospitality and Retreat Center which provides support to pastors and those in Christian service.

Delbert & Linda have lived in Franklin County all their lives and were married in March of 1989.  They have been members of Ottawa Community Church all our married life and have served in the Awana ministry and leadership positions throughout.  Delbert and Linda have three grown daughters and one son-in-law.  They enjoy spending time together with their family.  Delbert owns a small trucking company and farms with his dad.  Linda keeps busy with the book work for both businesses.  She also is the current church treasurer.

Parsram & Lalita were both born in Guyana, South America. They met, married, and graduated from Bible College in Trinidad and Tobago. They Pastored in Trinidad and Tobago in Guyana before migrating to the US, where they pastored in St. John, KS before coming to our church in Ottawa 30+ years ago. Lalita holds 2 bachelors degrees & 2 masters degrees. She is currently a Nurse Practitioner. Parsram attended Nazarene seminary and holds 2 Bachelors degrees and a Masters Degree. There are both graduates of Mid-America Nazarene and Fort Hays State Universities. They have 2 children, Justin and Shan Venkatsammy. Lalita enjoys sewing, cooking, and crafting. Parsram enjoys visiting and playing ping-pong. Their aim is to be humble servants.